President of Ukraine Petro Poroshenko visited the National University of Defense of Ukraine, where he congratulated the scientific and pedagogical staff, students and alumni of the University to the early release of the officers, reports UNN, citing the press service of the head of state.

The President personally presented diplomas to the graduates-honors Defense University – officers of the Operations and tactical levels of training.

The head of state noted that the last twelve months would remember as a year of revival of the Ukrainian army. 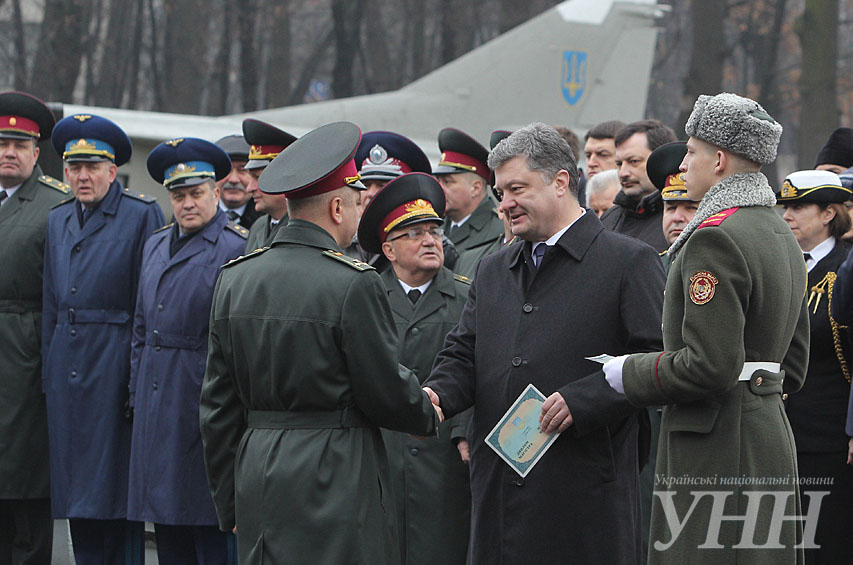 «We were able in a very short time to restore the fighting ability and contain the onslaught of prepared, equipped with modern equipment and weapons of the enemy. Ukrainian Armed Forces with honor stood the test and proved that they are a reliable pillar in the defense of the sovereignty of our country», – said Poroshenko.

Addressing the officers, graduates, the President noted that the reduction in terms of education and early release due to the fact that «even under the most optimistic scenario, the Donbas, even with prolonged truce, which would have passed in a political settlement and lasting peace, the military threat from the East remains, Unfortunately, to date». According to him, this will require continued efforts to strengthen the country’s defense and combat capability of Ukrainian army.

Poroshenko also said that the February 26, the Ukrainian armed forces began withdrawal of heavy equipment and artillery in accordance with the Minsk agreements. 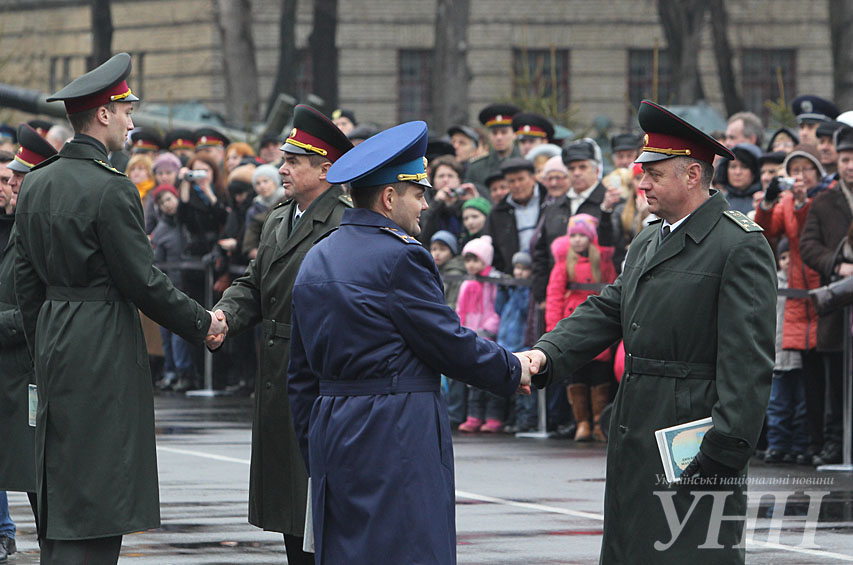 «Carrying out the agreements that we have won in Minsk, we have started withdrawal of heavy weapons from some of the demarcation line in the Donbas. However, this is only the first step of the test, the very beginning of the peace plan, which is constantly violate by our opponent. At any time, at any point in our military equipment ready to return to the previous boundaries, in a short and as soon as possible to repel the enemy» – the President said.

After the presentation of diplomas to graduates declared a solemn oath, promising to hold high the rank of officer to stand guard over Ukraine, to protect the safety and welfare of the Ukrainian people, faithfully serve and protect the Ukrainian state.