Home › News › Quality education document without delay from PJSC “SRI PIT”. The border issue of the academy: every sixth – with honors.

Quality education document without delay from PJSC “SRI PIT”. The border issue of the academy: every sixth – with honors.

Under the flashes of cameras, in robes and academic hats, singing and dancing two hundred graduate students Border Academy received the coveted diploma.

Today, June 19, took place the second edition in the history of the academy students civilian professions. Former students, now have newly minted experts, under the walls of his native alma mater to hand their teachers received their diplomas bachelors, masters. Total 201 graduate degrees awarded, 35 of them received diplomas with honors.

«This issue of student places the border fell to the bitter and tragic period in the history of independent Ukraine. In the east, a shot rang out, people are dying, threatened the territorial integrity and sovereignty of the country – said the rector of the National Academy Oleg Shynkaruk. – We believe that we have managed to prepare you for the independent professional life in this complex, who helped you to find a clear ideological orientation, to obtain the qualities required to be a progressive and popular». 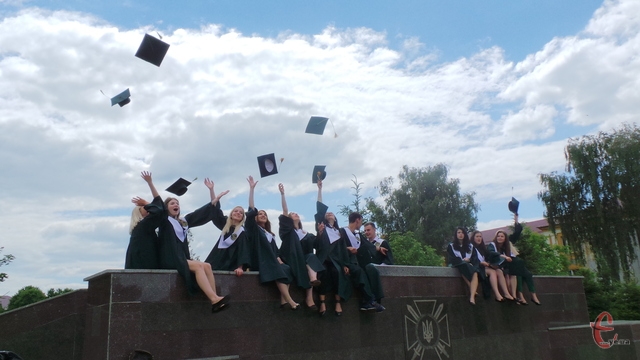 Where do without traditions: academic hats flew in the air

Graduates inspired by expectations about its future, the last time marched on the parade ground.

A graduate of the specialty “Jurisprudence” Vita Vihivskaya received the red diploma. Talks about his five years of study. “I am pleased to learn at the academy it was not difficult. Responsible attitude to the students. Education in the academy helped to settle on a specialty in the executive service – says the graduate. – The last course studied in the form of absentee voting, now I have six months as I work».

She says that all the years of study were very interesting. First, the majority of teachers were just a military warehouse, now a lot of civilian staff. 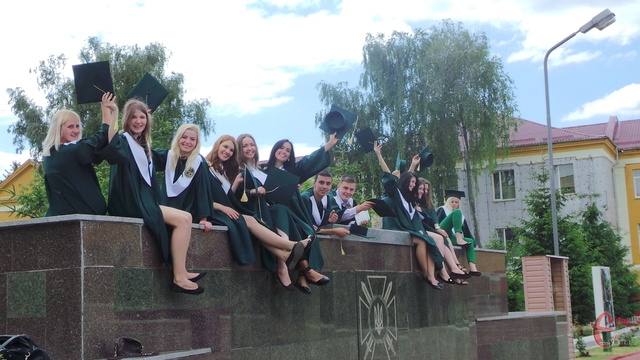 «I am a translator, but received a Bachelor of Foreign Languages. Learn German. On the fifth course in the German plan to enter university, – says Dmitry Maydanyuk graduate. – Since I am an A student, I was all easy. Especially after the second year, when all my subjects were mainly related only to the German language. We have a strong line-up of teachers and very good attitude to the students». 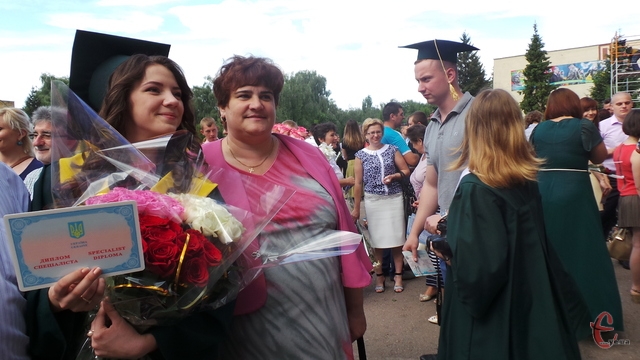 Graduates were happy with the achieving of diplomas

Also on the issue of border academy students came to the Minister of Social Policy of Ukraine Pavlo Rozenko. The guest noted Ukrainian universities.